The Duchess of Sussex and Her Forces For Change 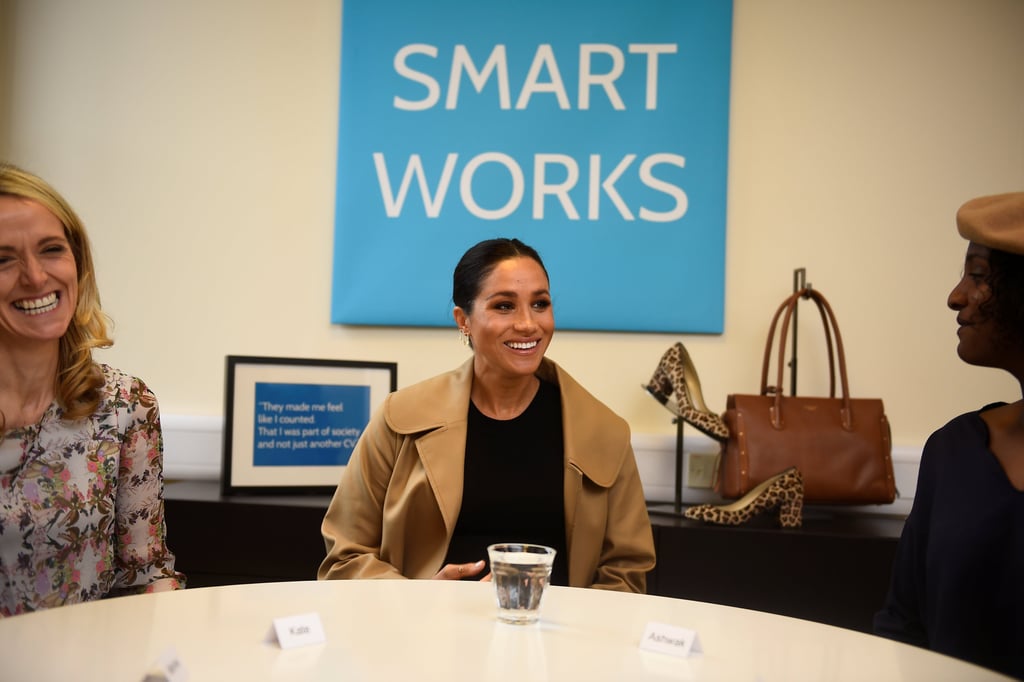 For some time now we have been keenly following Meghan Markle, now The Duchess of Sussex – from her romance with Prince Harry to the causes she is passionate about.

Earlier this year we were on the lookout for a charity to support that matched our mission to support and empower women, and that’s when we came across Smart Works Birmingham.  Smart Works are a charity that helps underprivileged women get back into work and become financially independent.  We arranged to go and meet the Chairwoman and have a look round and were really inspired by the work they do and the dedication and passion of the volunteers.  We immediately chose them as our target charity and were really pleased to hear that The Duchess is a patron and really involved in supporting such an important cause.

We were so excited to hear that Her Royal Highness was going to be guest editing the September 2019 issue of British Vogue.  Vogue is such an iconic publication and Meghan draws so much press attention, it was inevitably going to be a huge story.

It’s not the case that The Duchess is the first female royal to be connected to the fashion bible.  Both Princess Diana and Princess Anne appeared on the cover of Vogue over the years, as did the Duchess of Cambridge for the 100th anniversary edition in June 2016.  So is it the fact that Meghan has chosen to contribute opinions and content rather than just being a face on the cover that has drawn so much negative feedback?

Meghan was asked to feature on the cover but instead asked to guest edit, so that she could have some input on the content and focus on her passions.  She wanted to champion the lives and work of fifteen women she admires, including author and outspoken feminist Chimamanda Ngozi Adichie, campaigner and actor Jane Fonda and New Zealand prime minister Jacinda Ardern.  She calls theselfse women a ‘Force for Change’.

The edition also includes an interview with previous first lady Michelle Obama – in which she discusses motherhood – as well as a candid interview with her husband, Prince Harry.  The Duke of Sussex talks about climate change and also the effects of ‘unconscious bias’, a subject he has broached in the media previously and obviously has strong feelings about, with his wife, Meghan, being the first mixed race lady in the Royal Family.  He warns people that they must understand how their upbringing and environment may cause them to be prejudiced without realising it.

Although not the first royal to have contributed her passions (Prince Charles edited two editions of Country Life and the Duchess of Cambridge did so for the Huffington Post in 2017), Meghan’s work with Vogue has been the subject of much debate, with some media outlets even referring to it as ‘controversial’.

It is difficult to decipher which aspect of The Duchess’ work with Vogue that causes so much of a stir.  Is it that she was asked to feature on the cover but instead asked to have content input?  Is it that she was previously an actress and has been accused before of not being traditional enough and too involved in entertainment culture?  Or is it that she is a strong woman who defies convention and isn’t afraid to speak up about her passions?  She has recently been criticised for being too private, and I can’t help but wonder if, had she appeared on the cover, she would have been seen as being hypocritical.  Or it could be because traditionally Royals are expected to remain impartial when it comes to politics, and she has included politicians and activists as some of her ‘Forces for Change’.

Either way, I see it as a sign that we still have a long way to go in the way women with a strong voice are seen by the rest of the world, and a sign that movements such as our ‘Love, Me’ campaign are so important.  Our ‘Love, Me’ ring serves as a daily reminder that you are strong and powerful.  It reminds you to choose yourself first and to encourage other women to do the same.  For this reason, 5% of profits from sales of the ring will be donated directly to Smart Works Birmingham.

The September issue of UK Vogue is sitting proudly on my coffee table, and will be treasured as a sign of changing times and a reminder to myself and my daughter of what can be achieved when you speak out for what you believe in and aren’t afraid to swim against the tide.