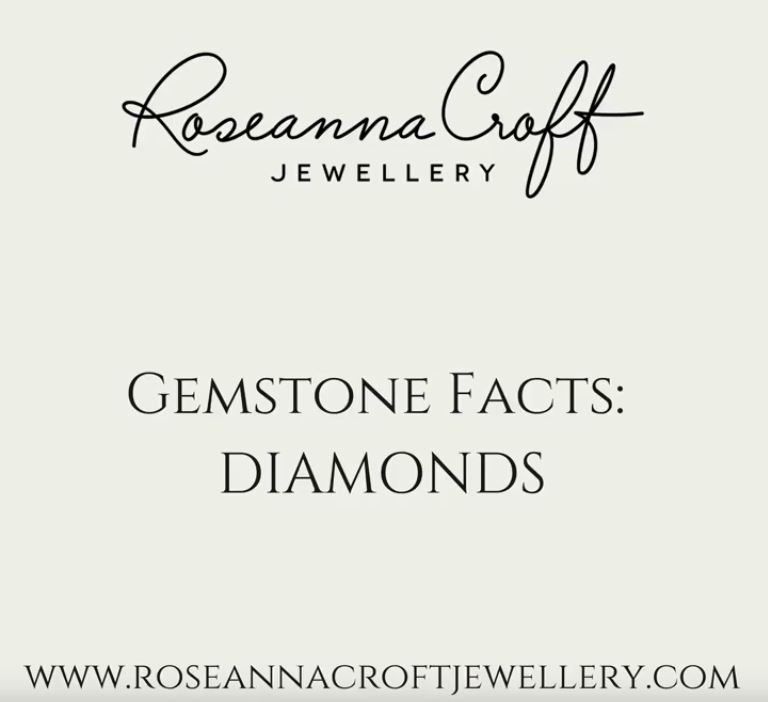 The diamond is April’s birthstone and perhaps one of the most luxurious of all birthstones.

Today I’m going to tell you 10 interesting facts about diamonds! You can also watch the YouTube video here.

1. The word diamond derives from the Greek word adamao
2. Diamonds are not actually indestructable! They can be fractured/chipped if they have a flaw or are put under enough force
3. The only thing that can scratch a diamond is another diamond
4. Diamonds are formed approximately 100 miles below ground and are brought to the surface by volcanic eruptions
5. In the 1400s India was the world’s largest supplier of diamonds and sold them to European trade centers
6. By the 1700s the number of diamonds in India declined and Brazil became the biggest supplier of diamonds
7. In the late 1800s a large diamond reserve was discovered in South Africa
8. Today diamonds are mined all over the world in Canada, Botswana and Russia
9. The largest diamond ever was discovered in South Africa in 1905 and was called the Cullinan diamond which weighed 3,106 karats. The owner of the diamond and leader of South Africa gave it to King Edward VII as a gift. It was cut down into 9 large diamonds and over 100 smaller diamonds. 3 of the largest diamonds are on display in the Tower Of London as part of the crown jewels
10. My favourite diamond fact is that in 2004 scientists found a planet orbiting a star which is made of carbon and it is called 55 Cancri e. It orbits the star nicknamed Lucy after the Beatles song ‘Lucy In The Sky With Diamonds’. This poses a big question – is the Cullinan really the largest diamond ever found?

In the past the mining of diamonds has also caused suffering in communities where they are mined but thanks to the Kimberley Process the trade of rough diamonds is now protected.

We promise that all of our diamonds are ethically sourced and can source any kind of diamond for you in any cut, colour or shape. Simply email us at roseanna@roseannacroftjewellery.com