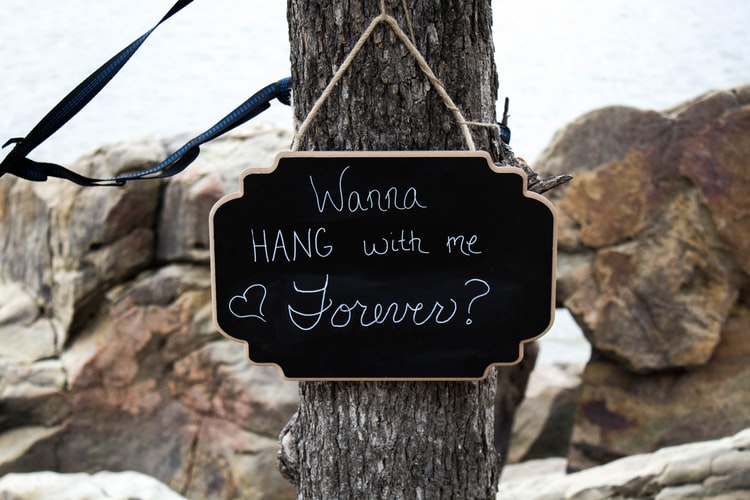 I’ve been thinking of writing this blog for a while, and when I finally sat down to get started I thought I’d take some time to see what else is out there surrounding feminist engagement.

There are a couple of views I came across; to be a true feminist you need to shun tradition when you get engaged, or that the whole prospect of a man ‘putting a ring on it’ is misogynistic and outdated.

My personal belief is that ‘you should do you’.  But I thought it may be interesting to jot down some of my thoughts on the subject and that they may be helpful or interesting to someone out there!

Getting on One Knee

I spoke to a feminist bride recently and asked her how her husband proposed; it’s one of my favourite things, hearing people’s proposal stories.  She told me that her boyfriend (as he was at the time) and she are equals and she would never expect him to have to kneel in front of her.  Together they knelt on the kitchen floor and pledged themselves to one another.  What a lovely thing to do!

I completely understand why this lady chose to shun the traditional route. For me, at the core of this gesture is respect.  If I was asking someone to spend the rest of their life with me I would show them the same respect and kneel before them.  This isn’t for everyone! You know your loved one better than anyone, what sort of proposal do you think they’d love?

The last blog I wrote was about how there are no ‘do’s and don’ts’ with engagement rings any more.   There are so many options out there and so many different ways of doing things.  I read an article by a feminist writer who outlined her issues with a classic engagement ring.  She said it seems to be a matter of ownership.  That once a woman has a ring on a certain finger she is ‘taken’.  Yet the man isn’t truly considered to be ‘off the market’ until he puts his wedding ring on.  She said it was simply a question of fairness!  She opted to have a ring but for it to not be a traditional design and decided to wear it on a different finger.   She also went for a non-traditional design.  It was a really simple band with stones set in it, which just goes to show, the rules are: there are no rules!

Funnily enough, this seems to be one of the most contentious issues around, when it only really affects the person in question!  A lot of announcements are dubbed with the title ‘Mrs ****** To Be’, but is it anti-feminist to take your husband’s name, just because it’s the ‘done thing’?  For me, it’s a question of identity.  I have been who I am for nearly 38 years now.  Would suddenly altering that skew my view of who I am at my core?  Yet me husband would remain as he always was.  Yes it’s easier I guess for legality and rather than having to explain to people why we don’t have the same surname, but is it really what I want?  The answer is I don’t know.  I have had relationships where I feel like I am my partner’s property, and it’s not a comfortable feeling.  I think taking a man’s name would give me the same discomfort.  But as is usually the case, there are other options! Being double barrelled for example.

In conclusion I would say pick out the bits that you love, leave the bits you don’t, but don’t feel forced into following the traditional path ‘just because’.  Why not make your own tradition and pass that down to your strong feminist daughter, nieces etc.

If you are thinking of taking the next step with your partner and want to take the route of a less traditional engagement ring, simply click the link below and we can talk you through some alternative designs.