The first episode opens with Roseanna speaking to her mother,  Professor Amanda Croft, a recently retired chief executive of a health board in Scotland. Professor Croft was told that she wasn't good enough to be a nurse and she completely proved that person wrong.

Professor Croft speaks of the pieces made for her by Roseanna, including the first ever piece of jewellery she made! As well as her late mother’s engagement ring that gives her connection to dear memories of her.

When asked about leaving a legacy she hopes her staff will say “She genuinely cared for people, which helps the staff look after the patients.”

Closing advice is work hard and have a work life balance and also don’t let the knock backs knock you back - ‘bounce back up and bounce even higher’.

Poppy Delbridge, is described by Glamour Magazine as one of television's most powerful women throughout her career in TV. She is a single mother to a 16 year old daughter and owns two businesses; a self development business and a television company.

Poppy shares a very personal story about her dad which explains and shows the importance of mindset and the power it has, ‘there are miracles to be had’ she says. She talks about ‘catching the whispers' and trusting your intuition, and this will guide you.  Poppy’s own legacy is about changing lives at their very core.

There's a necklace that her mum gave to her, which her dad gave to her mum first, and when Poppy wears it she’s reminded of her parents love and her mothers strength and feminine power and it acts as an anchor point.

Closing advice Poppy says, don’t let things sit in your head, ‘it needs to move to the heart’.

Alex Depledge MBE, is founder and CEO of Resi, the UK’s leading architectural practice. Alex was awarded an MBE in 2016 for her services to the sharing economy.

When asked about legacy, Alex says she wants to create a place where people actually wanted to work, a place that was just part of life.

Alex’s favourite piece of jewellery is a ring that was stolen from her mum's house, it was an oval cut emerald, it was a statement ring and inspired her love for big pieces. Alex claims to need more bespoke jewellery making for her!

Her advice is when you have an idea or dream, just get started. Jump and trust that the net will appear.

Scarlett Roittman is a London mother who took her love for art and culture and turned it into a fabulous blog called Diary of a Londoness, which as she says herself is a mish mash of arts, culture and London life in general.

For Scarlett with jewellery and other collectables, legacy is about something that you pass on to your children or others that holds a story or memory.

Scarlett talks about her diamond engagement ring which was remade into pieces for her and her daughters after losing one of the diamonds. Each of her three daughters have a piece of jewellery to connect them to their parents and can one day pass on to their children.

Scarlett’s advice is shared from her son-in-law “write your own obituary, if you don’t like how it reads, rethink what you’re doing”.

This week’s podcast is with Dr Catherine Baudino, was an academic now turned coach and mentor to executives, supporting them up the ladder and into retirement, helping them to gain clarity and the confidence they need to overcome the boundaries in their workplace and personal lives.

Her legacy is partly in her humour and being able to defuse a complex situation. Her most memorable piece is her engagement ring despite the fact that she was no longer with her husband at the time of his death, she still feels a deep connection to him and the memories it brings.

Dr Baudino’s advice is if you want to take advantage of life, pay attention to what's going on around you, listen and learn and consider the perspective of someone else.

Series one closes with Lorraine Pringle, founder of LOCA, a private community for brands and influencers. Following her career in fashion with some big brands, Lorraine aligned her values and passion and created a platform where she’s able to help and connect people to collaborate and develop ideas and partnerships.

The meaning of legacy to Lorraine, is about what you leave behind, having fun and the fact that you’ve made a difference in the world.

Lorraine shares a beautiful story about how her wedding and engagement rings have fused together and the symbolism of this.

Lastly, her advice is to find out what your true values are and live by them; don’t forget about yourself and - go with your gut!

The series opens up with Rachael Taylor, a jewellery journalist who built one of the most read jewellery magazine from scratch before becoming a freelance jewellery journalist and writes for the likes of the Financial Times and Rapaport and also runs a project called the Jewellery Cut which is a platform that serves to introduce and connect Independent jewellery designers to the mainstream using editorials, social media and live events.

Her legacy aside from her printed work is making jewellery a conversation in the online space. Her vision has always been to make jewellery accessible, showcasing the independent small designers as well as the big names. Her legacy is also the connections and introductions she’s able to make for people through the Jewellery Cut and has become a passion project.

Rachael talks about a gold necklace with a tiny carving of a hand clutching a heart shaped ruby which she had seen and obsessed about, but hadn’t yet bought. The story gets sweeter as she then shares how her husband gave her this same necklace at the Jewellery Cut’s first independent show to commemorate the event.

Her closing advice is to give your all in everything that you do.

Hampton Manor is a boutique hotel and Michelin star restaurant set on a historical estate, it is a family business and Fjona Hill is the Creative Director. She initially trained as a doctor but her creative calling put her on a different path.

For the family, legacy takes a deeper and physical meaning with Hampton Manor, it is a place where you can see the physical values and it is their job as stewards to continue sowing that depth.

Continuing on legacy, Fjona’s husband James, had her engagement ring reworked using a second hand gold band. They love that a stand of history is woven into their own story.

Her closing advice is to do the soul work. As it’s not always obvious what your soul needs.

Mumble Forum is a platform whose mission is to inspire social change, empower mothers and encourage future generations. Monique Hodgson is a founder and she wants to redefine what motherhood means to women around the world.

Legacy is primarily about how you positively impact someone else's life, either though your actions or in can be an organisation you have built that will inspire and motivate.

It can also be in a jewellery that has a story. Monique talks of her grandma’s ruby ring which represents hard work and creating a goal and going for it. Wearing it reminds Monique that even when things are hard, if you have a goal, it is possible.

Her closing advice is to look around and try to pursue the one thing that drives you and try and link it to a purpose where others benefit.

Willa Newton is a young lady who found her passion in horses. She’s been riding from a young age and is now a professional British Eventing rider.

Legacy for Willa is what she wants to leave behind in the form of her equine business and the memory she wants others to have, namely that she is a natural with her horses. She also thinks there is a legacy in giving back and sharing some of the opportunities she was blessed and continues to be blessed to have.

Her favourite piece is one she designed with Roseanna, a delicate 18 carat yellow gold earrings with aquamarine drops and a ring to match, designed especially to be able to be worn when competing.

Her advice is to never stop learning and keep looking forward.

Jo is a lady who is open to opportunities and changes and it is possibly the reason for her success. She is a creative, a teacher and Luxury Candle Business owner and author of Ask and Act.

Legacy for Jo is the impact she’s had on hundreds who have gone through her workshops, it is the catalyst that brings about change.

Three heart shaped diamonds modeled into a bracelet given to her by her husband is one of her most treasured items.

Her advice is that everyone should run a marathon - the journey of discovery that this takes you on, will reveal so much about what we’re capable of.

These are the ladies behind Queens of Mayfair, an artisan coffee shop with deep values connected to supporting responsible consumption and a welcoming community. This sister duo realised there was something missing in their community and created a space that they themselves would want to use.

Legacy for Victoria and Grace is all about family, honouring the past and providing inspiration to the next generation. In terms of the business, there's much they want to achieve but one of those goals is for women succeeding in business to be the norm and not the exception.

Grace loves jewellery and will wear something till it literally falls off or breaks. She’s sentimental and is very attached to the stories. She once commissioned a turquoise ring and hopes to be able to design her engagement ring. Victoria loves her watches but has a few jewellery pieces she treasures, namely her grandmother's necklace and a ring given to her by her mum.

Their advice to leading a meaningful life is to find your passion and follow it, and have the courage to break free from your comfort zone, you only have one life.

Fay Cannings is founder of Seekd, an online marketplace to find eco friendly jewellery and accessories. Fay’s passion for community and sustainability is reflected in her journey and it is truly inspiring how she lives by her values.

Seekd is leaving a legacy that empowers and impacts others, Fay it driven by a purpose bigger then herself and for her it’s about creating individual impact in people's lives and offering community and connectivity.

She has a deep connection to jewellery through family ties, heirlooms and of course her business and her favourite piece - and she has a couple - is one she wears all the time and is an heirloom passed down from her grandmother and is a stunning antique styled 2 stoned ring.

Her closing advice is to add your stamp on everything you do. 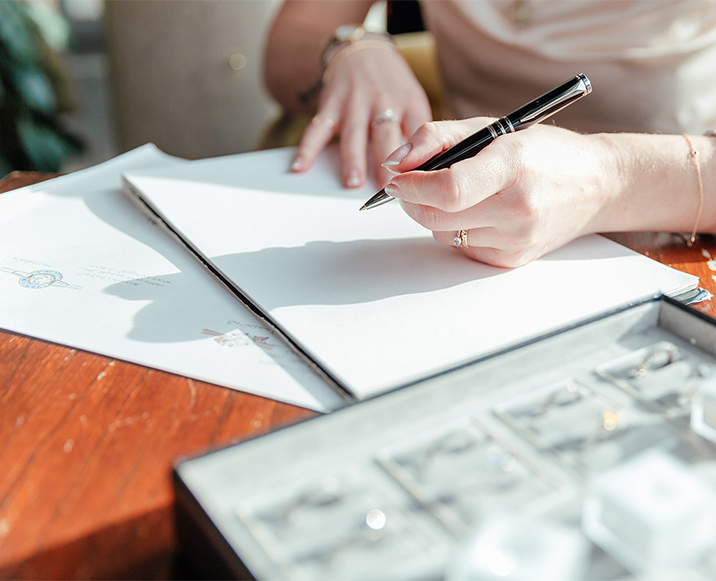 We can also arrange a virtual meeting over Zoom. 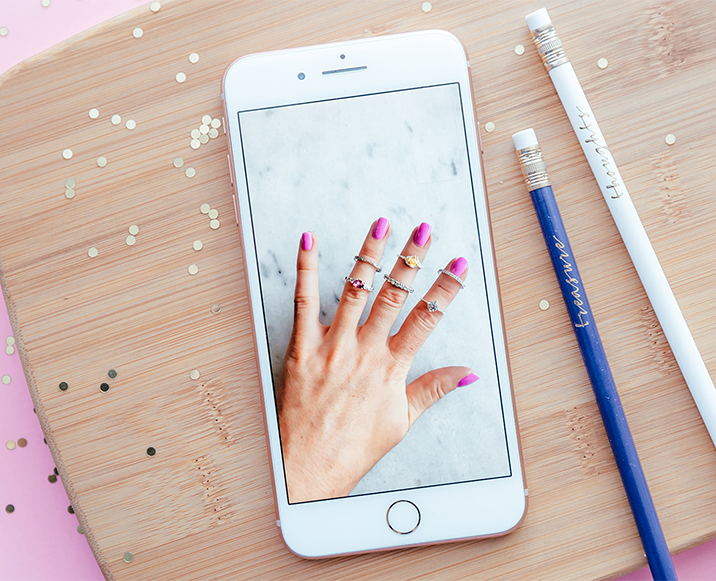 I'm still doing Covid secure meet ups, so if you want to chat over a coffee book your meeting now. 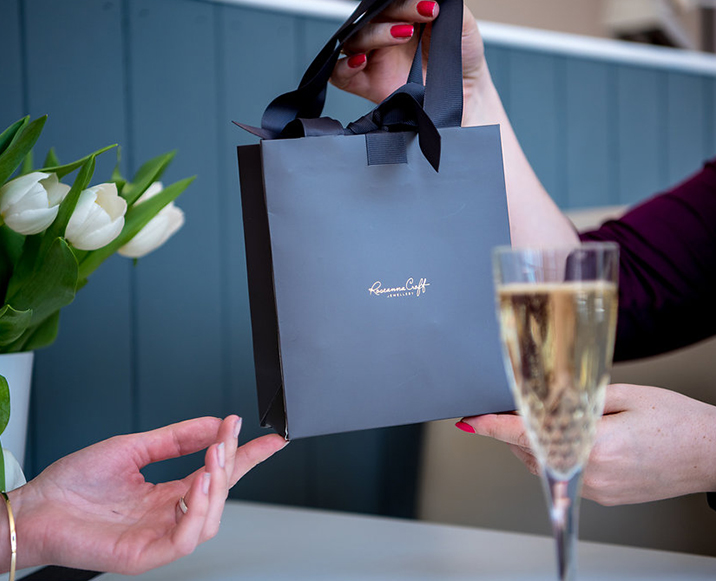 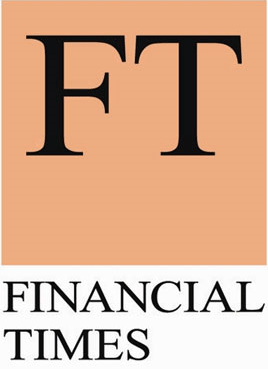